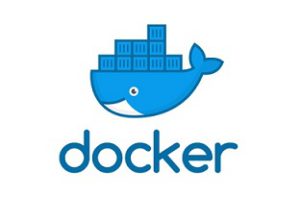 Do you know Docker and why it’s a powerfull software ? This software allow you to encapsulate overall heavy application in parallel OS (there is a very small latency but overall performance is same as your PC because it’s not running virtualized like VMWare does but truely in parralal than the host OS).

This is specially awesome when you are a Dynamics Nav partner/distributor because that allow you to automate Nav environnement installation and keep your local OS clean with only one command line. If you are one you know the struggle about having different Nav version installed on the same computer.

/!\ During Docker installation be carful of the OS question, you need to select “Use Windows OS instead of Linux” in order to run Nav application in Docker.

You can get it simply with following command :
install-module navcontainerhelper -force

Install Business Central env. or any other Nav version

You have now access to New-NavContainer cmdlet in powershell. This command let you download and automate the installation of all applications layers to have a Nav environement encapsulated in a Docker image (this include the OS with right parameters, SQL, Nav installation with all needed components and setup, it’s magic !)

ContainerName is docker container name and imageName is the Dynamics Nav version you want. It can be lastest version of Business Central sandbox or any specific or localized version of other Nav (2018, 2017, ect). Here is the rules to get the image name from the version and localisation you want : https://blogs.msdn.microsoft.com/freddyk/2018/04/16/which-docker-image-is-the-right-for-you/

Take your time to take a coffee this image is arround 4Gb (can get up to 16Gb with other Nav versions). When it’s finish, tada! You get Business central shortcut on your desktop : 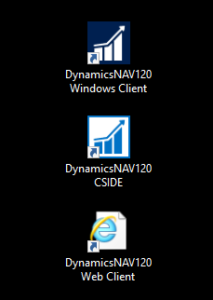 As you can see our old RTC and CSide are allway here (-includeCSide parameter) but with the “12.0” version 🙂 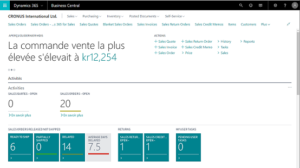